The APRSCP is an international, not-for-profit, network institution, legally registered as APRSCP Foundation in the Kingdom of Thailand. that promotes sustainable consumption and production in the Asia-Pacific. It was established in 1997 with the active support of multilateral agencies like UNIDO, UNEP, and UNESCAP to enhance and strengthen cooperation in the development and implementation of sustainable consumption and production (SCP) policies & practices. Over these years, it has provided a platform for multi-stakeholder dialogue among stakeholders on the urgency to address sustainable development challenges by adopting policies that support people, protect the planet and promote social and economic equity.

Its flagship event, the Roundtable, has been held every 18 to 24 months since its inception to facilitate uptake of SCP research, policy and practice in the region. It has held 15 roundtables in the region till date. These roundtables were hosted by member countries in the region and were co-organized by the APRSCP, national governments, and its partners such as UNEP, UNIDO, GIZ and IGES. APRSCP has brought transformative changes in the region leading to lasting and deep impacts on SCP policy and governance and emerged as the VOICE of SCP in the Asia-Pacific region.

The region has seen commendable progress in adopting SCP practices and APRSCP is proud of its contributions in mainstreaming SCP in the region. However, it is not the time to be complacent as it strongly believes that economic growth has yet to translate into progress for millions in the Asia Pacific and the region faces several challenges. In this critical time, the region needs leadership, courage, and optimism to spark the action and bring about transformative impacts on the lives of millions. This edition of the Roundtable i.e., 16th APRSCP Conference is a small step in that direction and also the celebration of the 25th anniversary of APRSCP since the establishment in Bangkok in November 1997. 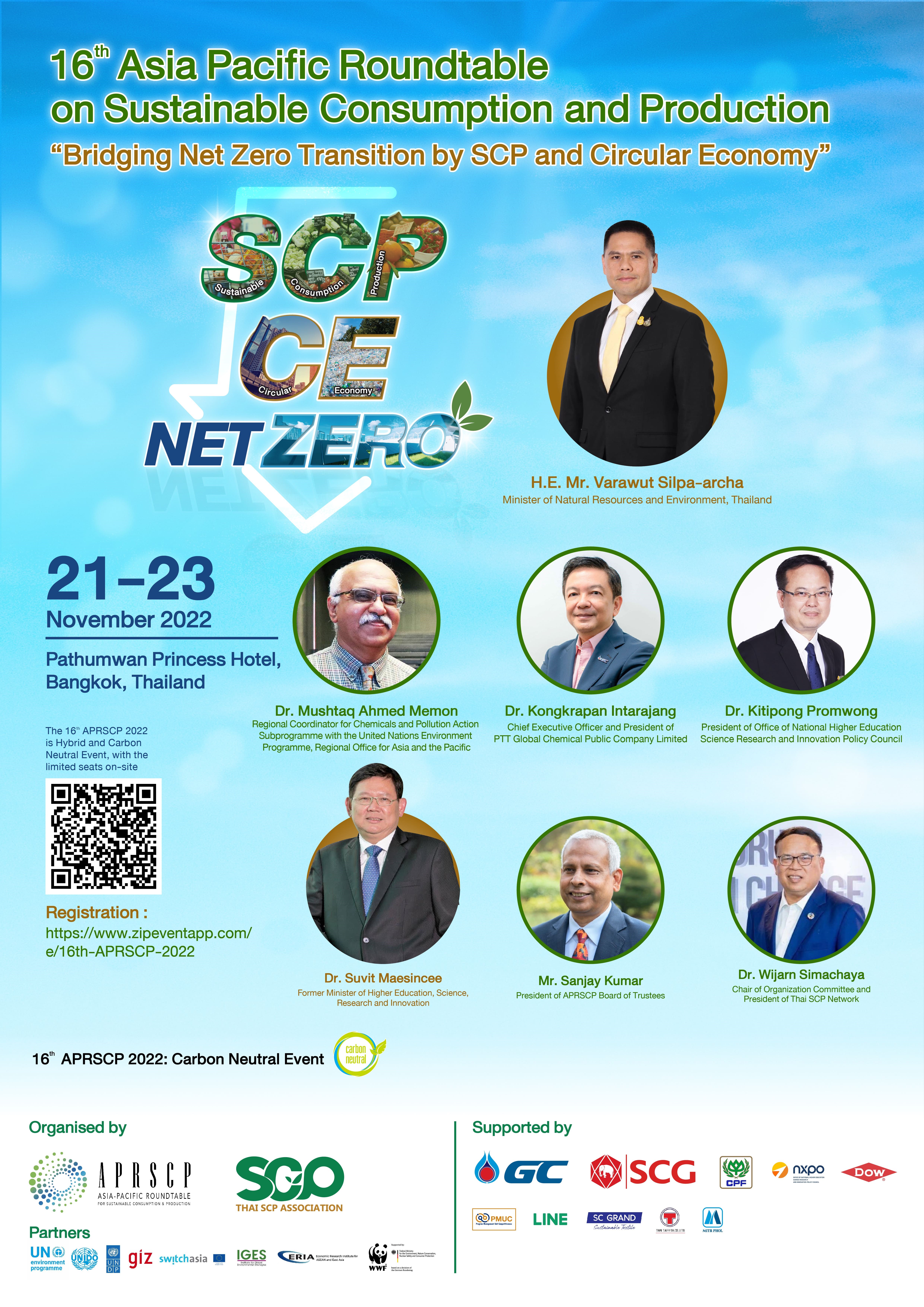